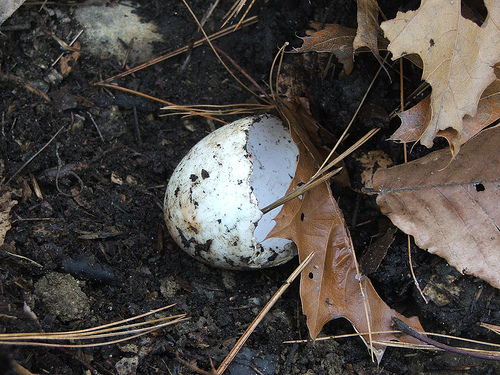 We’ve arrived at Part 6 if this extraordinary saga of how calcium arrives and behaves in the soil (if I’ve occasionally typed “soul” instead of “soil”,Â  is it really a typo?). Click to catch up on part 1, part 2, part 3 and part 4 and part 5.

The term “soil acidity” expresses the quantity (expressed in meq/100g) of the acidic cations (cf. part 3) that the soil can hold on to. The percent base saturation â€“ another important term on your soil test results – is the percentage of the soilâ€™s cation exchange capacity (CEC) occupied by the basic cations.

(*) Sodium (also a base cation) is not listed on my test results, which means its levels are low, so I donâ€™t have a sodic soil (cf. part 5).

But if the soil is very alkaline (pH > 7.0), the high levels of calcium may have negative effects. For one, more calcium taking up the CEC very simply means that there is less room on the colloid for everything else. Secondly, an excess of calcium can no longer be adsorbed onto the colloid. This â€œfreeâ€ or unadsorbed calcium begins to accumulate in the soil water and goes on to react with what other nutrients are present.

Next time, in Part 7, I promise, we’ll finally meet the plants, and discover by what magical means they get the calcium out of the soul soil.Â