I am growing several sweet as well as hot peppers. One evening I witnessed my Bengali family try the Habanero. Now, these are people used to hot and spicy food. At first they claimed not to be impressed with the pepper, but by some fluke they must have tried a part of it that wasn’t very strong.

Soon the expression on their faces changed, to one of sheer pain. It was like they had an acuteÂ  and communal tooth ache. Yet their mouths were saying yum and they asked for more. The tiny pepper was cut up into tiny slivers, which were passed around like they were the host. “I am doling out pain,” said DH with a smile, and a tear in his eye. There was wincing and shouting, but it was not appropriate for me to sympathize. Instead I simply said, gratified: “I grew pain.”

Here is one of those Habaneros – still in its green stage (they’ll turn orange soon) – in its first context for tonight’s dinner, a bowl of daal (lentils): 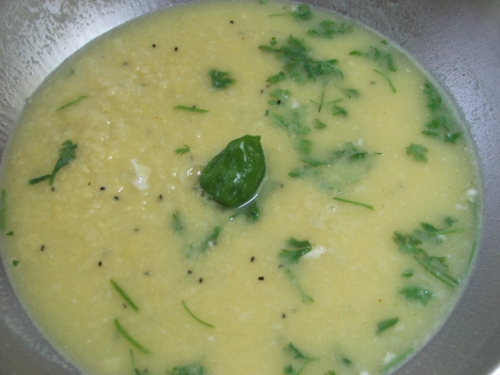 It was kept whole or else the daal would have become inedible for myself. After it had steeped in the daal for a bit, it was transferred, whole again (thank goodness), to the aloo posto (fried potatoes with roasted poppy seeds): 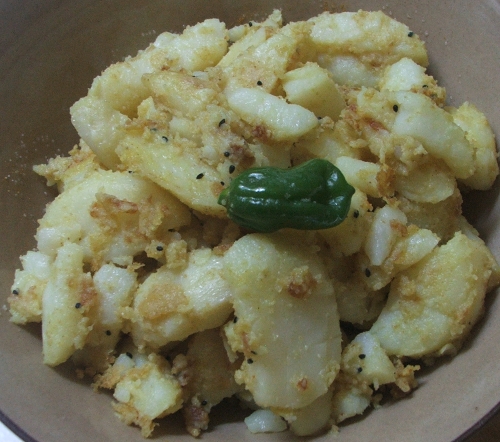 My dehydrator will be arriving soon – I was gifted an Excalibur for my birthday – and as soon as those peppers ripen, they’ll go in. Don’t worry, I will not have to remind myself to wash and wash and wash my hands after handling them.