Last week I sent out my first poem in the 350 poems project. It’s a project I’ve had on my mind for a while now, a way to force myself to be more attentive in daily life to the beauty of the world, the people and the language(s) around me. I used to stumble upon some gem and store it in my mind until such time I could jot it down in my journal and maybe even work on it a little to get it down right. I’ve lost that habit. This project puts the pressure on. 175 poems, that’s not nothing! But I’ll get 175 in return.

The first batch of poems will be sent out on cards with original work in pen, brush and ink by Pinaki Das, a Calcutta artist. “Mesho” generously gave me these little art works a couple of years ago with the injunction to give them out to my friends.Â I thank him with all my heart that I can send out my poem words accompanied by such beautiful visual work. 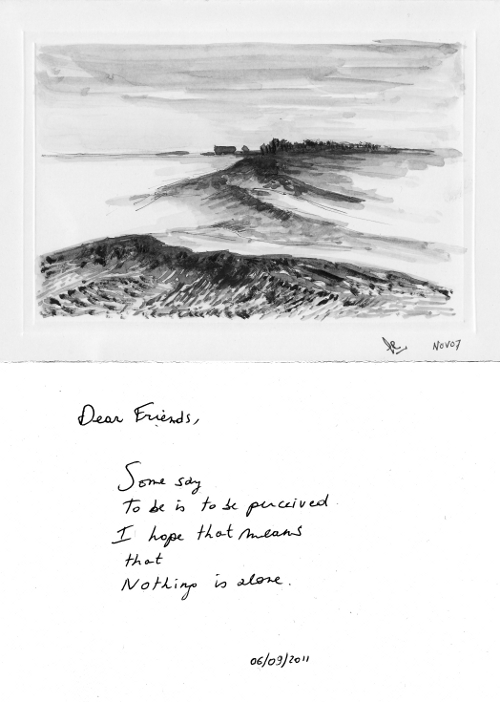