Two posts in a day!

The mead’s doing well! I made two batches: one with honey from the first nectar flow (lighter colored), another, smaller batch with later honey (darker color). 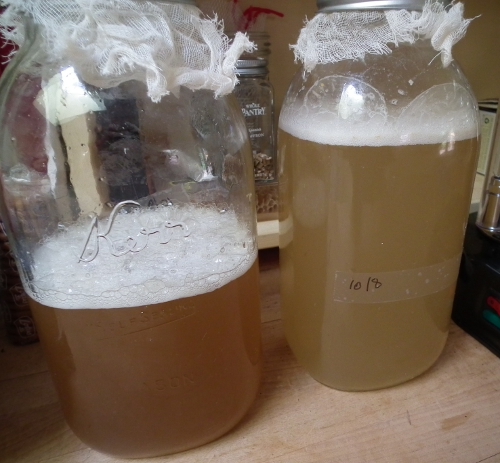 They’re about the same proportion water and honey – though, to be honest, I’m going the Sandor Katz-way, that is, I’m eyeballing it, adding a bit here and there as I see fit.Â The first batch is doing better: the yeasts are developing a nice foamy head on the must, and it smells yeastier too. 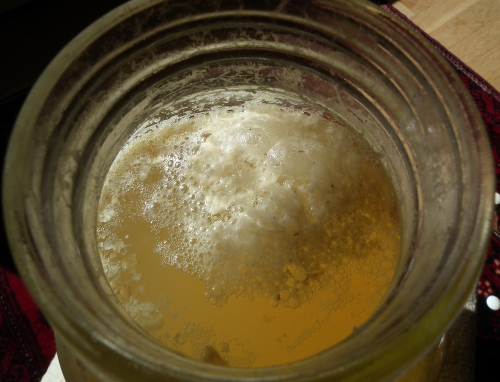 That picture was taken before the daily shake. When I opened it after its shake the other day, it fizzed so much it spilled over the rim. 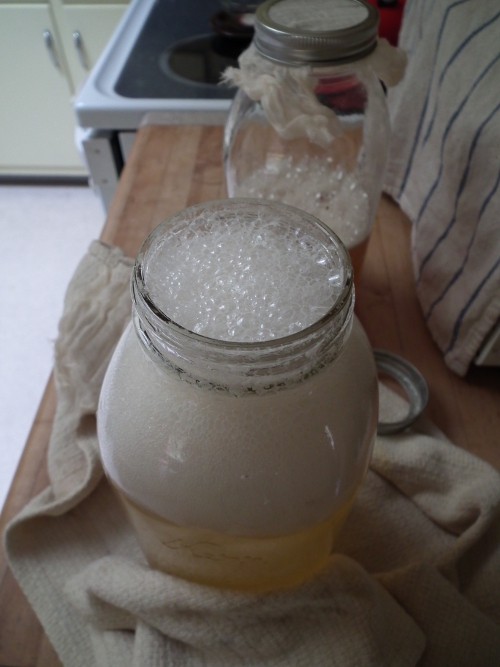 I tried to capture this on video today Â but the effect was less spectacular. Still, you can hear the fizz when I open the cap. Smells great, quite yeasty.