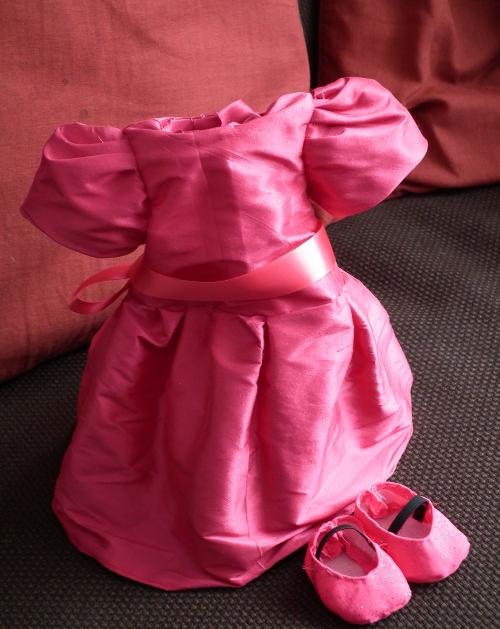 Amie sewed this! I am very terribly awfully bad at sewing – any kind of needlework, actually. I blame it on aÂ tyrannicalÂ needlework teacher I had in secondary school. Also, I don’t have the patience. So I am happy to delegate the learning and practicing of this skill Â to my daughter.

She took a sewing class which revolved around making this beautiful ball gown fitted for an American Girl Doll (AMG). She doesn’t have an AMG and doesn’t want one, either. She has several reasons for this, but mostly she doesn’t want one because one of her very best friends doesn’t have one either and if she got one, it would make her friend feel bad. Â Amie decided to take the class anyway, because she understood that what she would get out of it was not the dress, but the skill. She decided she will give the dress away to a friend who does have an AMG.