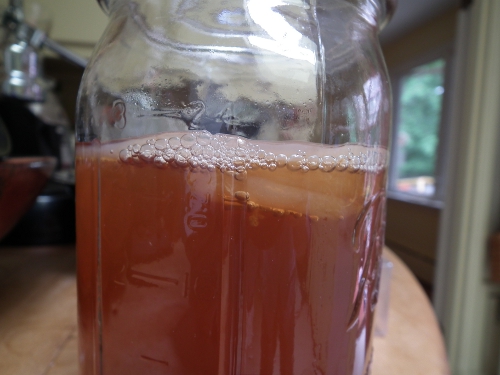 After several unsuccessful tries to get a kombucha mother (a SCOBY – a symbiotic community of bacteria and yeasts) from friends, and the usual apathy and mistrust when eyeing mothers for sale on the internet (ha), I found myself at the refrigerated case of kombucha and other such drinks at Whole Foods. Checking out a bottle of Synergy Drinks Organic and Raw Kombucha, I found the mother still in it and thought: what’s to lose?

I did some research on the net and found this article, on how to make kombucha from a store-bought drink, and its accompanying article, that the method no longer works, because after the great kombucha recall of 2010, manufacturers reformulated the drinks, making it “virtually impossible to grow a kombucha scoby from a store-bought bottle of kombucha anymore.”

Well, I tried it anyway, and the mother is growing! 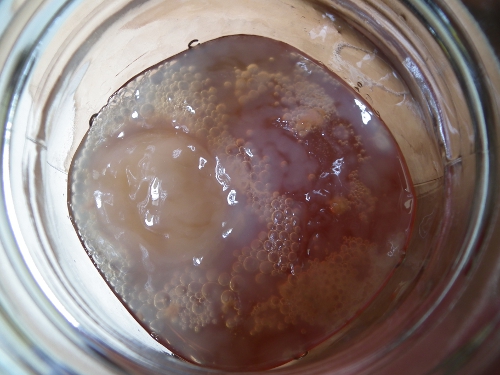 The fat quarter-sized disk in the left of the jar is the mother that came from the bottle. The rest is new growth!