It’s Winter on the homestead and aside from plodding through two feet of snow to feed the chickens there’s not much to do on that level. There are many other levels to work on, however. I’ve written about Â some personal inner work in the previous blog posts.Â Our tribe of friends meets often for cooking and eating together, and walking. Transition Wayland has started up an Inner Work group – after our first meeting we agreed: “WhatÂ took us so long!” Â But most of my efforts have gone wider. Last year I helped 350MA start up a Metrowest regional node, and I’ve become very involved in the work, mostly on statewide divestment and the Governor’s climate legacy. I do a lot of outreach and media work for them and am finding my stride. We alsoÂ pitched in on the national fight against the Keystone XL Pipeline with a local vigil. Â Then a friend also put me on to organizing a local action in the Friends of the Earth campaign to ask Home Depot and Lowe’s to stop selling neonicotinoids and neonicotinoid-laced plants, which are killing the bees.

A lot of this work goes on indoors, but I wanted to show you some images of the outdoor events: there is lots of snow in all of them! Like good New Englanders, we don’t let that deter us.

Showing Bees Some Love with Friends of the Earth on February 15: 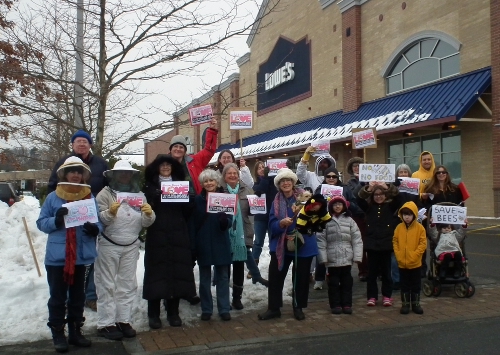 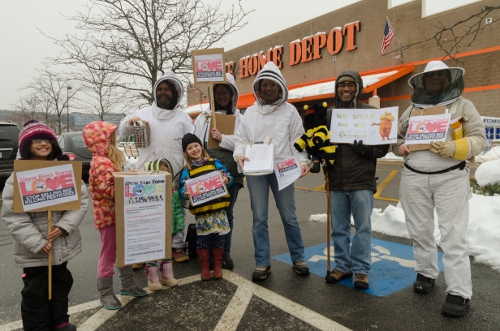 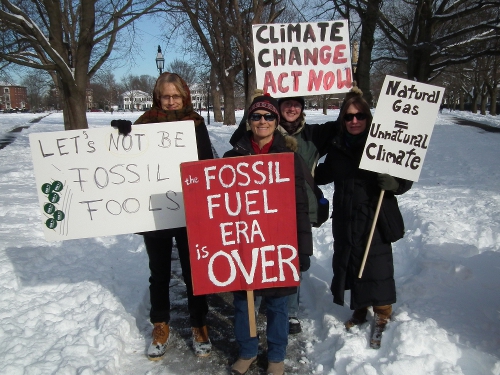 Almost 400 came to this rally: 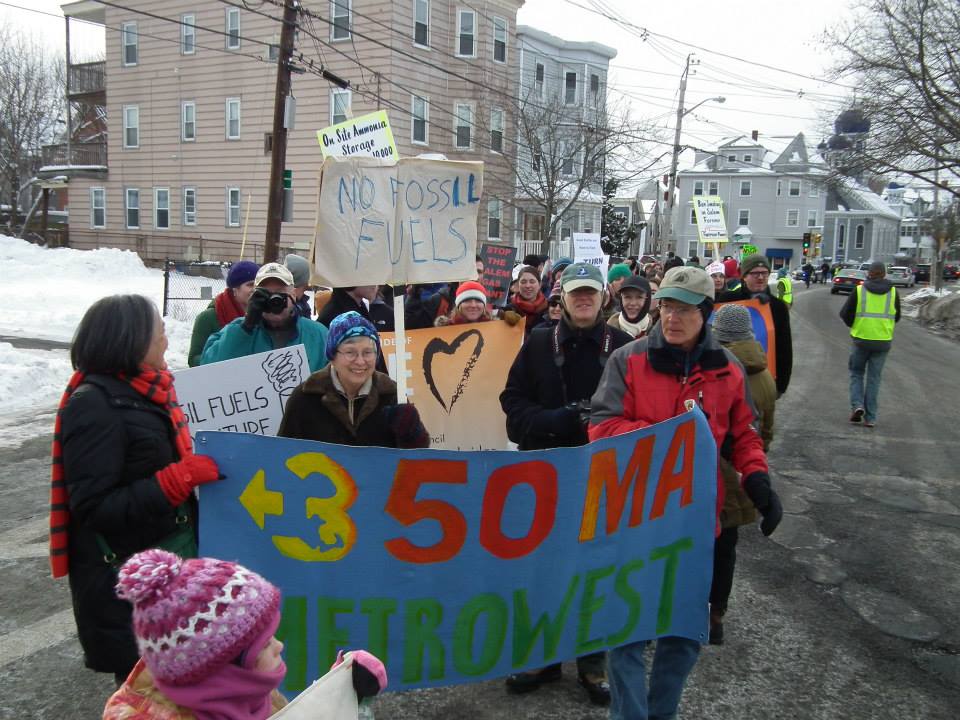 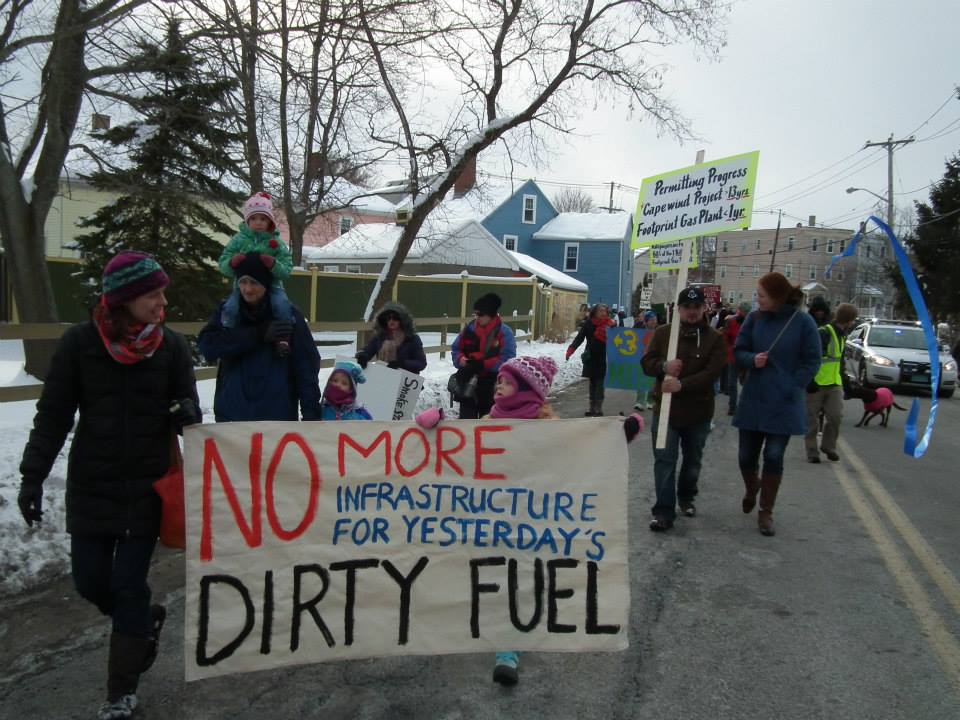 Vigil against the Keystone Pipeline on February 4: 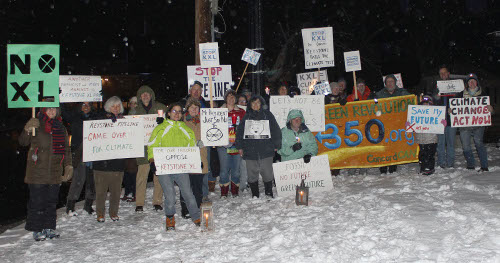 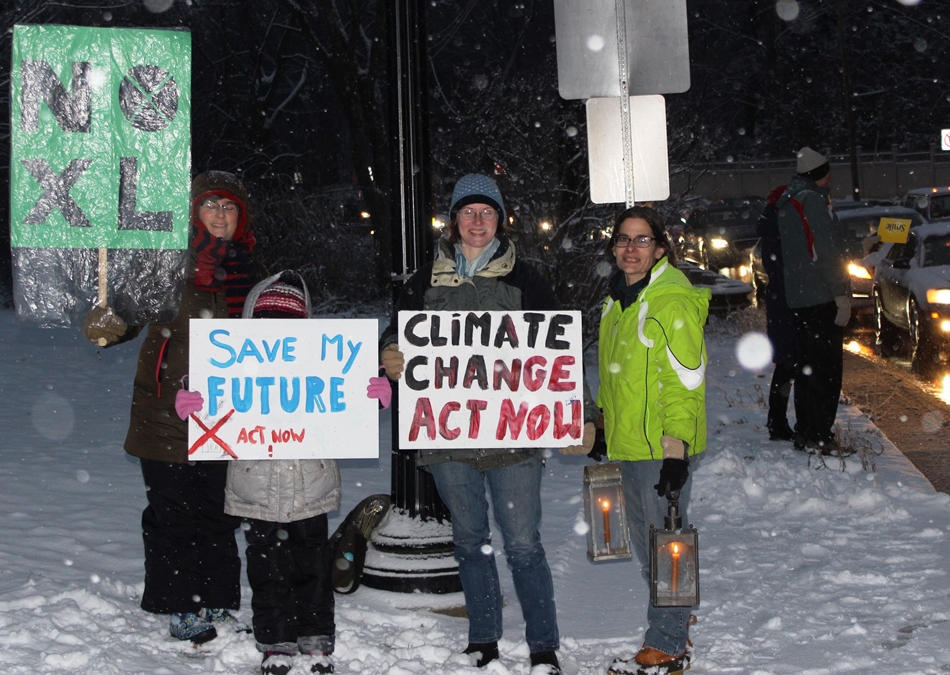 That vigil elicited two letters to the editor in our local newspaper. In the print edition the first one, a pro-letter by my friend on the left Â in the picture, was immediately followed by the counter-letter. The contrast between the two can’t be starker! I will add links here as the paper releases them online. They’re definitely worth your reading.

Coming round full circle, in all of this I do not forget:

Our planet is not fragile at its own time scale, and we,

pitiful latecomers in the last microsecond of our planetary year,

are stewards of nothing in the long run.
â€” Stephen Jay Gould