Our pullets espouse an escapist ethic. They fly up into the vines and no fence that I’ve put in place – the highest being six feet – has kept them in the chicken yard. Their adventures have led them into the vegetable garden, which is no big deal at this point, as most of the plants in there are done, but come Spring I won’t appreciate their visits.


They hang out under the raspberry bushes where I’m not keen on searching for their eggs. They are venturing further and further down the drive way, and soon the neighbors will have to swerve and the neighborhood dogs, some of which are just loose in the streets, will have themselves a nice raw chicken nugget.
So, enough of that. I became a Youtube expert in wing clipping and with Amie’s helped clipped those wings.

Victim number one: a Buff (I can’t keep the two apart): 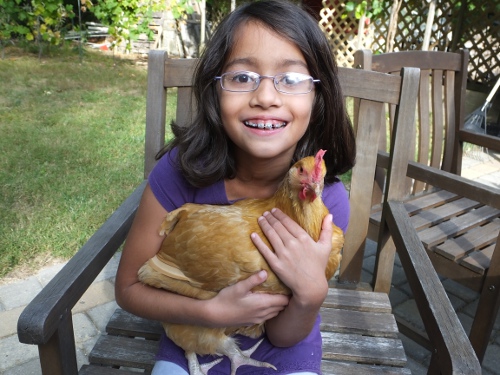 Ten flight primary feathers (I clipped only their right wings): 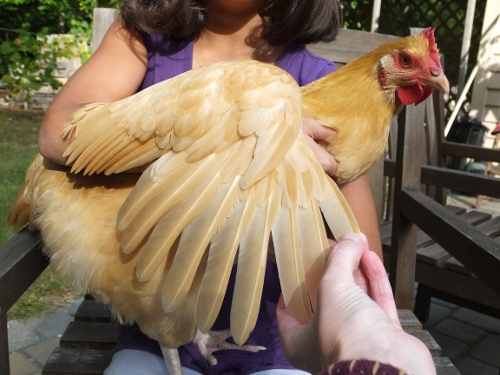 Done, and the other Buff comes to investigate: 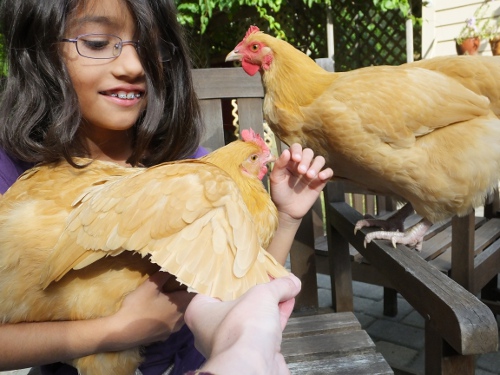 The pullet jumped off and continued her scratching, no harm done. The primary flight feathers don’t have a blood supply, as you can see from the next shot: the shafts are a pure white. 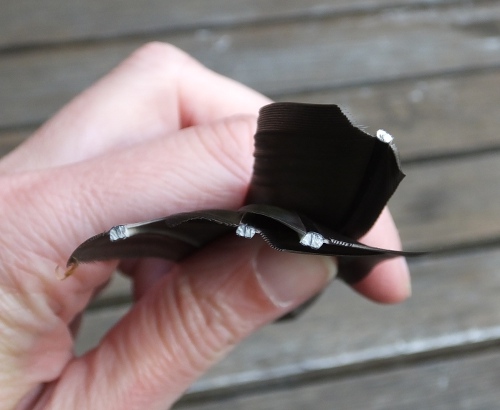