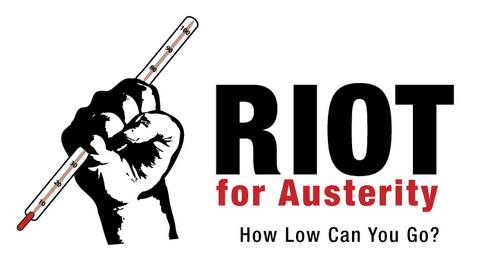 Forty months of Riot! I love it, it puts real meat on the numbers.Â This is the Riot for the month of February 2012 for the three of us. My summary of our first three years is here. Edson fixed the calculator: all go tither to crunch those numbers!

Gasoline. Â Calculated per person. OurÂ investigation of transport alternatives for at least one of our cars has bumped up against budget. Prius or Volt are out of the question. We like the GEMS, but they’re around $10,000 for a 4-seater, so we’re out of luck again. Then there are some neat solar car kits, like this oneÂ ($6,500, batteries not included), but they are at most 3-season cars. Both the GEMS and the solar cars are low speed vehicles, only for roads under 35 mph., and their batteries don’t do well in cold weather. So, if we’re going to use them 3-season anyway, how about a “bakfiets” with an electric assist? I’d charge my assist with the solar panels anyway, making it in effect a solar bike… Â They’re kind of pricey too… Still researching!

But, in the meantime, last month we used

Electricity. This is reckoned per household, not per person. Our solar harvest hit the point again where it covered all our electricity consumption. According to our solar meter, we produced 2246 kWh since the system was turned on, and 430 kWh in February (compared to 176 kWh in grey December and 237kWh in January). Â (You can follow our solar harvest liveÂ here, but something is going on with the wiring, which makes the reporting spotty). It doesn’t look like we consumed all of it, but again the NSTAR bill is not clear on how much we overproduced.Â So in February we consumed at most:

Heating Oil and Warm Water.Â This too is calculated for the entire household, not per person. We did badly again this month. We’ve been ill so haven’t restocked the firewood on the porch, and we also upped the thermostat (from 59 to 63F) to feel more comfortable. It was all too darn convenient!

4.4%Â of the US National Average

Water. This is calculated per person. We used up more water this month. We had guests for five days which meant more showers and toilet flushing. I also think last month’s low number here might have been a recording mistake, but it all evens out.