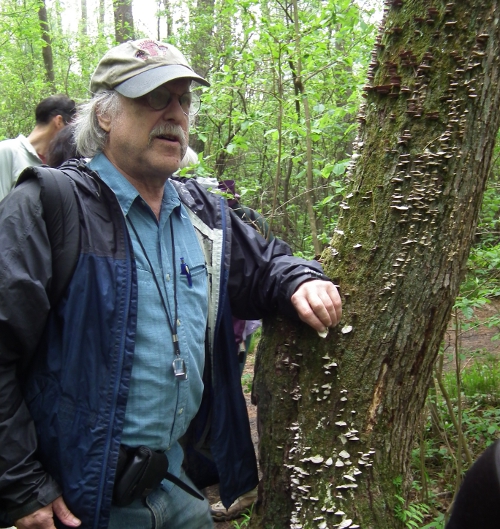 Yesterday Wayland Walks, a very active offshoot of Transition Wayland, arranged a long mushroom walk with author/adventurer/mycologist Lawrence, aka Larry, Millman (picture). It was packed with discoveries, learning and humor, as Larry has a great way of sharing his knowledge and is a fountain of mushroom lore. 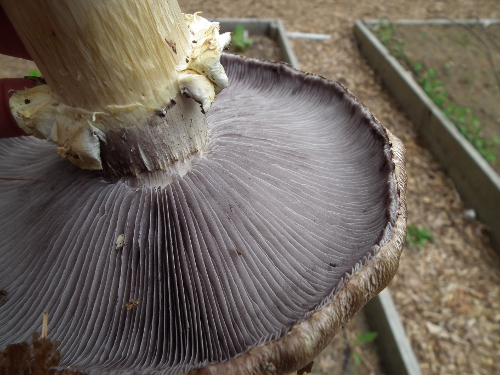 It had rained just before the walk so I had fresh mushrooms growing on the wood chips in my garden paths. I plucked one and brought it, and Larry identified it as…

Well. That’s the mycelium I purchased and then “sowed” in 2012 (blog post here) and that never materialized, where I had sowed them, at least. So I doubt this is that mycelium, but somehow that’s what was growing on these wood chips.

Larry called them “Grade B Edibles,” but he couldn’t dampen my joy. My mycology hobbyist neighbor had said not to eat them (she never eats the gilled mushrooms, as the majority aren’t edible). Larry would say: they might edible, but they might be the last thing you eat. But so these are edible. 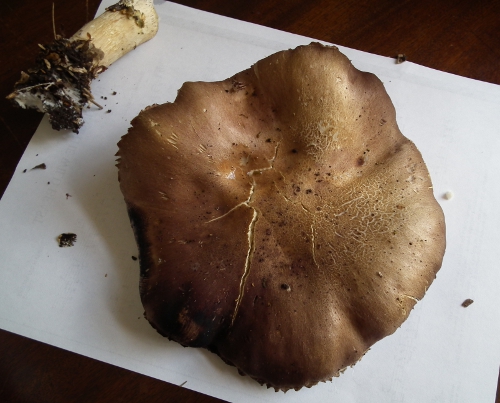 I plucked another one this morning and made this spore print of it. Wild! 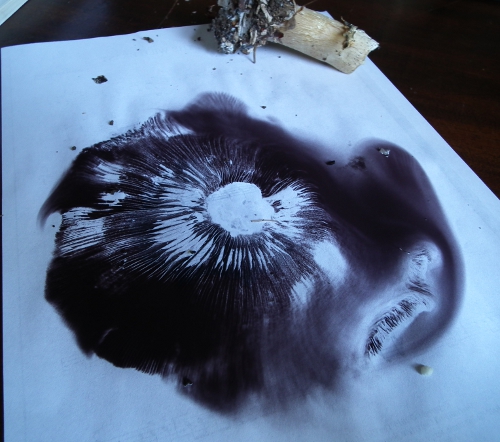