Today I got a call from fellow beek Katharina, who had gotten a call from Haven artist Jarrett Mellenbruch, that a swarm had been caught in Beverly, MA and was on its way to the deCordova Museum. (Read how I got involved in this project in the first place. here)

I gathered my equipment and suit and jumped in the car to meet them. I arrived having missed the pouring of the swarm from the bucket into the transfer device (Katharina has a picture of this on her blog), but was in time to see the bees in that box brought up to their Haven.

The device has a nifty 3D printed top part (purple) with a funnel that fits with precision into the slot in the Haven box. 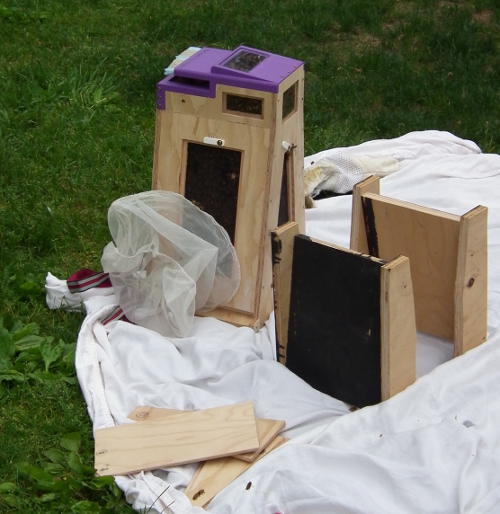 Brian, who had caught and brought the swarm, climbed up the ladder to install it. Katharina belayed. The museum had already closed, so there was a small audience. 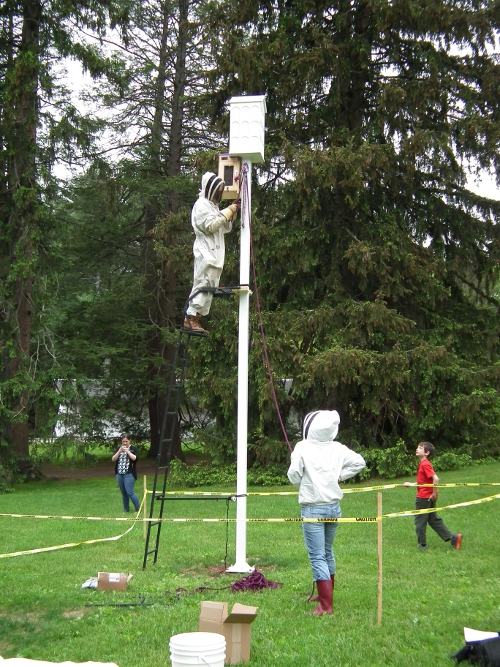 We stood around waiting for the bees to move in. So far the cold weather had worked to our advantage, making the bees cluster and walk around a bit stunned. It helps to not have them fly all over the place. But now they were clustering inside the device. It was also getting darker. 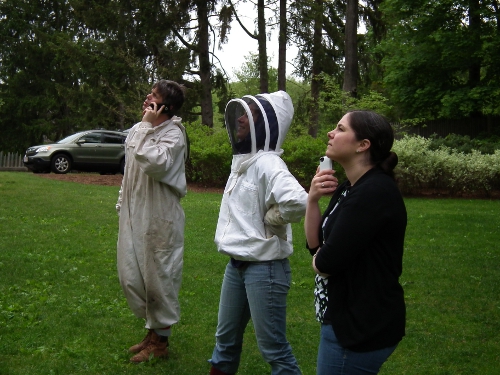 Here is Katharina checking whether the bees are moving into the Haven. 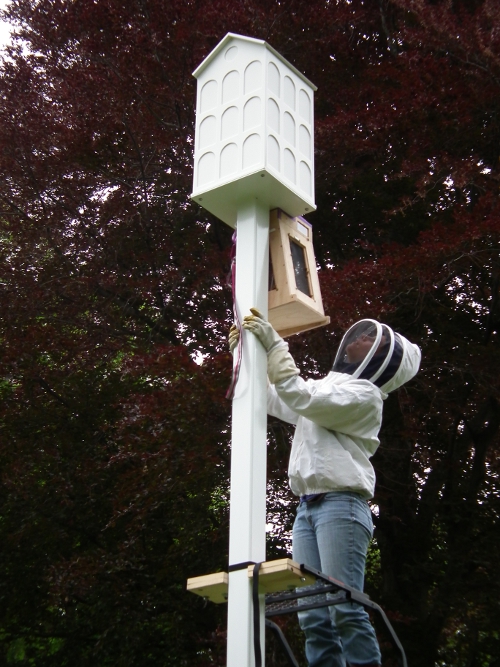 We had hoped they’d crawl in pretty fast, but then it started raining and the device didn’t seem to empty out. So we decided to leave it there and come back in the morning. 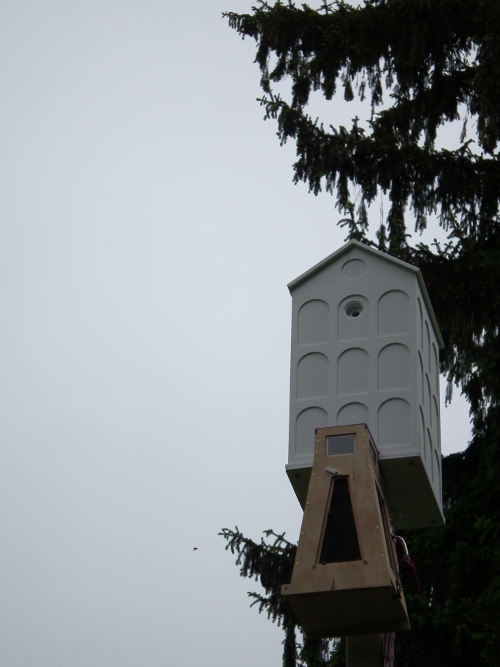 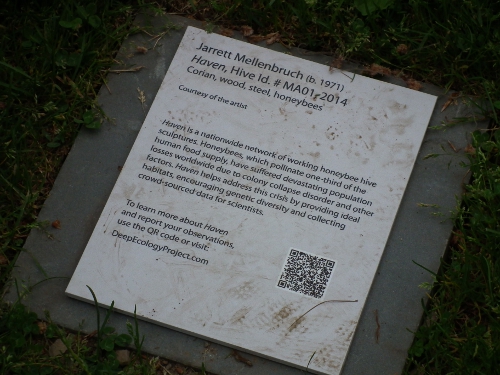 I’ll update tomorrow. Hopefully these bees will like their new home. Also, now that swarm season has started, we’ll hopefully have a second swarm soon to put into Haven no.2.