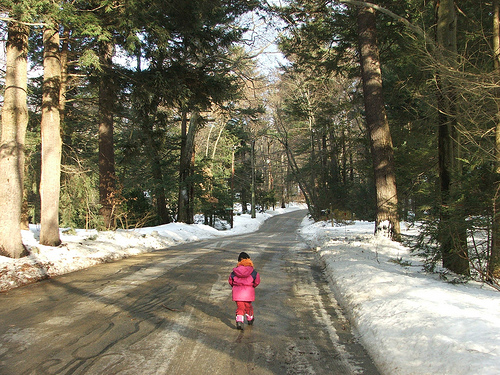 Bad weather and illness delayed our second Outdoor Hour challenge – we did Challenge #1 over a month ago and it’s supposed to be a weekly challenge!

But yesterday we were – and we still are (knock on wood) – healthy, and the temperature deigned to rise above freezing (though only barely), and the sun shone so brightly on the fields of snow. We were sitting at Amie’s desk, looking out her big window and practicing writing, when I couldn’t resist the urge to go for a walk. Amie is always up for a walk in the snow, so we went out for about half an hour, until our fingers grew numb inside our gloves from the cold wind and the chunks of snow we were carrying…

I love the (apparent) paradox of the second challenge: it is about keeping quiet in nature but also about “using your words”. The idea is to be quiet while out there, and to use the words once you’re back inside for discussion.

Now, keeping quiet is hard to do with Amie, indoors or out. Ever since she could, she has talked nonstop. She can whisper, and does so with a lot of theatricality, but she can’t keep it up for long. Also, part of our walk, around the block, is via a street that gets busy with cars and buses around that time, when school ends.

I decided not to initiate talk but to let her talk if she wanted to, and then to guide the conversation toward words (adjectives and verbs) for what we were seeing and hearing and feeling.

Snow was, of course, the main attraction. It was everywhere! 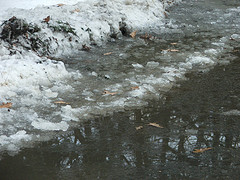 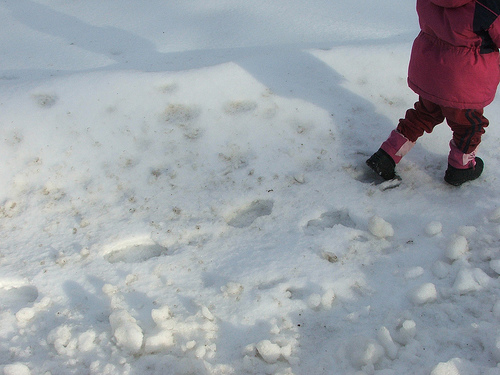 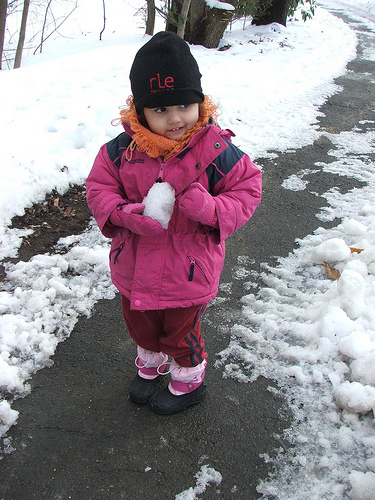 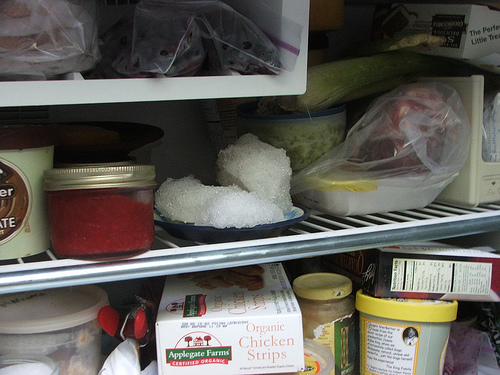 We immediately indulged in some hot chocolate and some “honey cake” that my parents brought from Belgium (I need to find a good recipe for it, it’s always gone so fast). 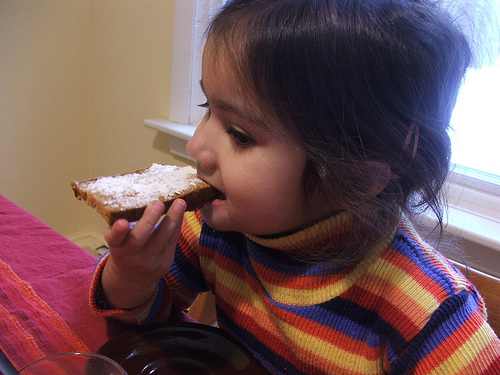 Then we sat down to draw and Amie drew herself picking up snowballs (lo-ong arms) and holding hands with Lumpy (the Heffalump from Pooh). Nothing to do with the snow, that one, but she got the trunk right. She also gave herself some “earmoths”. “You mean earmuffs?” “No, ear-moths, Mama!” 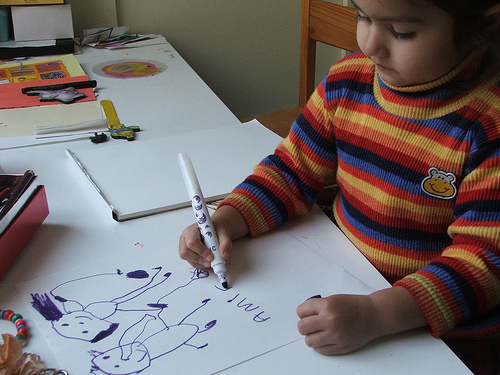 Barbara, who started and runs the Outdoor Hour Challenge, just added another challenge specifically for winter, called Winter Wednesday, using the book Explore Nature in Winter by Elisabeth P. Lawlor as a guide. I’m thinking of joining that too, for obvious reasons.