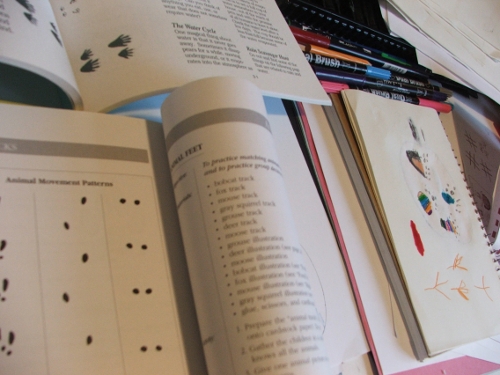 It’s coming down hard: thick globs of melting snow. The wood stove is giving off enough heat to dispel any gloom: it’s merely cozy, as long as I don’t need to go out there.

Which I did have to, earlier on. One of the rain barrels was overflowing, and not through the overflow tube. In this weather I would have left it but the excess water was undermining the cinder blocks the heavy barrel is sitting on, slowly eroding away the soft soil. I didn’t relish the thought of it coming down right by the side of the house and the bed with the chard.

So out I went, and shook the overflow pipe, but nothing came out but a dreadful stink. O-ow, dead animal alert! I opened the barrel’s lid and saw the hind part of a chipmunk sticking out of the overflow pipe. It must have crawled up the pipe in drier weather, landed in the water, then made it back to the pipe only to get stuck.

It had that ghostly look of a thing dead in water. That half looked well preserved in the cold water, and I only considered for a second what the other half looked like. When I tried to dislodge it with a stick its skin just came off. I un-threaded the pipe and as the excess water suddenly rushed out all over me I shook the poor dead beast out in the bushes.

I usually take a picture of any dead animal I see (here and here and here) but this one, well, it was just too gruesome.

We’re spending the rest of the day inside, drawing animal tracks in snow. Squirrels, deer, chipmunks… 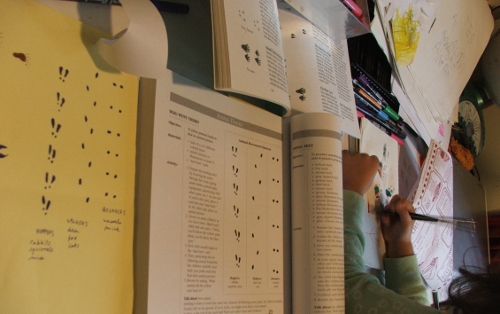