I did my first hive inspection this morning at 9:30 am. There wasn’t much activity outside, but the inside of the hive was abuzz. 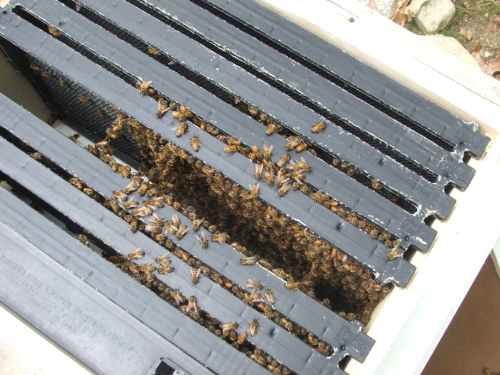 When I lifted the outer cover, the inner cover came up with it – it was stuck – immediately exposing the comb that the bees were building to fill up the gap created by the presence of the queen cage. 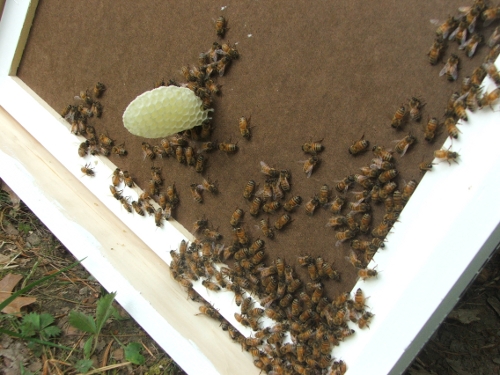 The “bee space”, which is the space bees prefer to live and work in, is 3/8″. Anything wider and they’ll fill it up with wax comb. 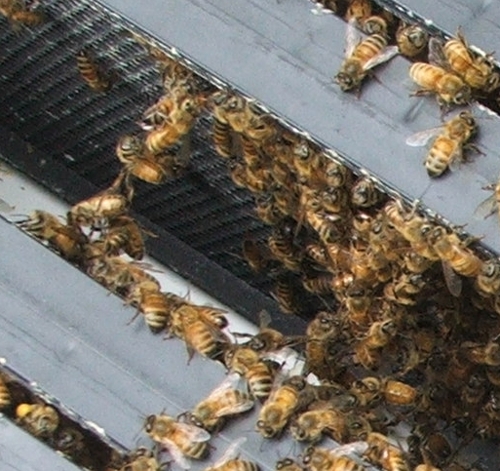 They do this by festooning. See the strings of bees? It’s like they’re holding hands to span the gap. 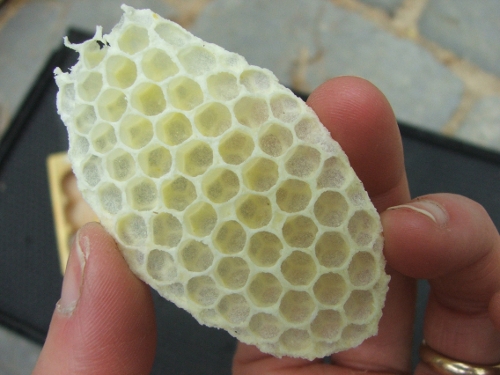 Then I checked the queen cage. There were a few bees on it, but they were after the candy, not the queen. The queen wasn’t in it: good news! She must be somewhere in the milling crowd. I put the cage aside, moved the frames  together to achieve the bee space, and added a frame in the opened up space on the side.

The frame feeder was still 3/4 full of syrup, and the pollen patty seemed hardly touched.  Then I closed the box, not wanting to disturb them too much, though truly, even with my clumsy manipulations, they seemed too busy to bother with me. But I didn’t take the frames out to find the queen. Maybe I should have done so, to know exactly where she was, so I wouldn’t inadvertently crush her – ironic, because my main reason for not inspecting further was fear of crushing more of them. It’s unavoidable to crush some of them, no matter how much smoking or brushing one does. So, I’m crossing my fingers that I didn’t crush her. 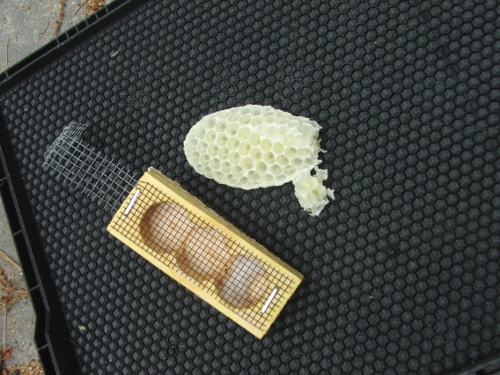 Black frame with foundation (on which the bees are building comb), extra comb, and empty queen cage. 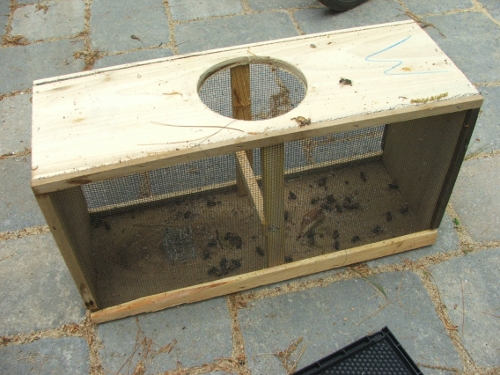 Empty bee package with some dead bees. The round hole was plugged by the can of syrup  to feed the bees during their trip. The queen cage was suspended inside the box, so the bees were exposed to her pheromones but were not able to harm her until they accepted her (which I hope has happened, the next inspection will tell).