DH and I tried to save it, but the snow inside the “boat”/”float” is unapproachable. The bent pipes are still holding it up, about 1 foot off the ground, which is good on the one hand because the beds inside aren’t (totally) crushed, but which is also a problem because we can’t just jump in and shovel out the snow. We tried to push it up from the inside, but the snow load is too heavy. Raking, shoveling or sweeping the snow out from the sides only got us so far.

So we decided to leave it as it is.

If we get a big thaw we can drain the thing and put it aside. I’ve given up on the produce inside – grown and nurtured from seed, transplanted with my Mom’s help in September, covered with row cover and later with the top heavy hoop house when we moved it from its Summer to Â Winter position.Â If it survives, we rebuild the house or cover each of the beds with their own plastic. 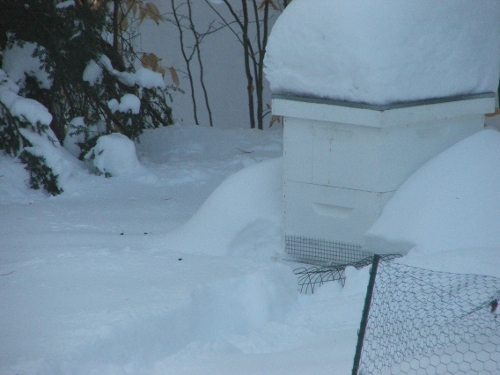 At least there was something to cheer about – it’s good to look around for those. The slightly warmer temperatures brought out some bees. They took cleansing flights and shoveled out a whole lots of dead bees. Signs of life, at least. 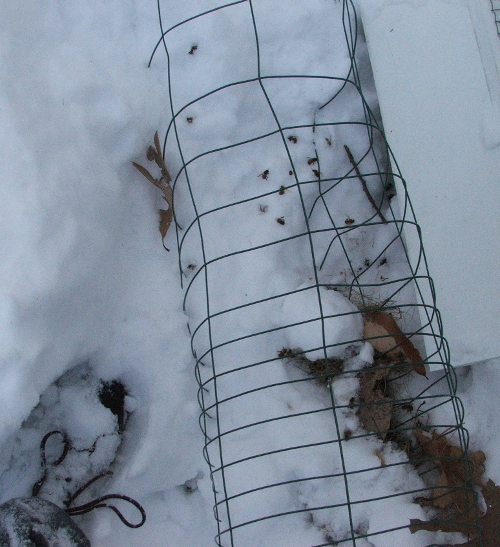 I also washed my indoor plants again. I am resigned to having the whiteflies in the house, and that just like mites on the bees I can’t get rid of all of them, but can only Â manage their numbers to tolerable levels. It felt good to wash off as many as I could, though. The plants look a lot happier too.

I also found a good trick to keep the soil from falling out of the pots and muddying up my bath tub: 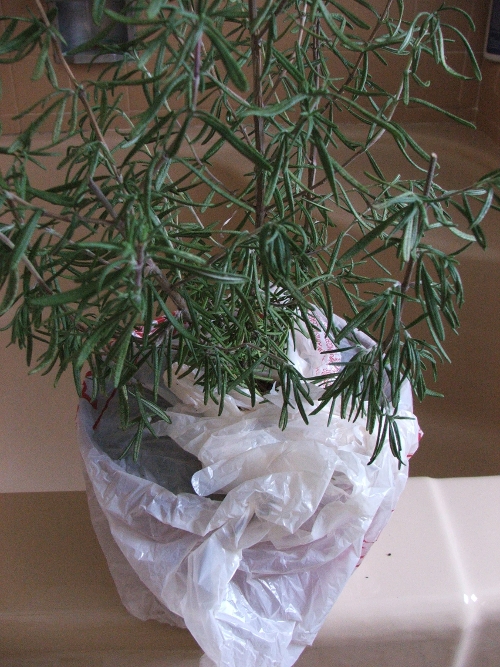