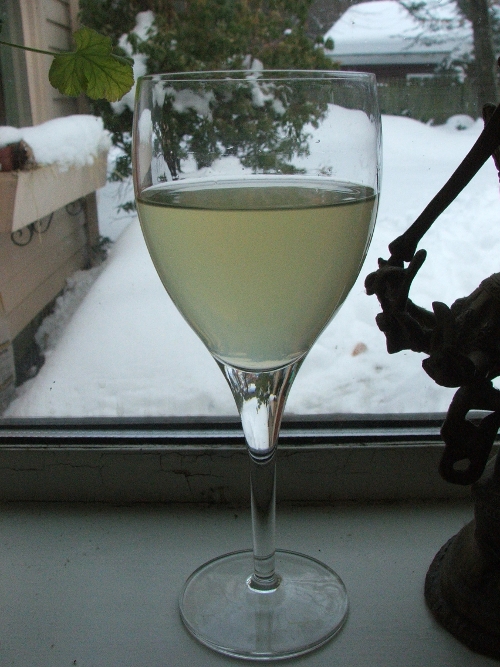 My first ginger soda (I’m going to call it soda as of now because otherwise my European readers think I am brewing alcoholic beverages) lost its fizz at some point. Probably when it was in the carboy, before I bottled it. It’s still mighty good to drink but I want to make soda, and champagne, not as ginger and lemon juice.

{UPDATE: Aha! I probably found out why that happened. First of all, I should have kept the carboy open, so more yeasts could colonize the drink and so the yeasts already present could use the air to feed on further. At this point oneÂ wantsÂ just fermentation, no carbonation yet, which happens when you bottle it. Â Also, it turns out that honey – an antibacterial Â after all – inhibits the yeast considerably. Â So I changed the honey-sugar ratio a bit. I also rewrote the original recipe, in case you want to re-consult it. Life is one big experiment!}

So I started a new bug (I plan to have them going nonstop now)Â and this time waited a little longer. Now I can actually hear the fizz. I put my ear to the jar and it’s like there’s thousands of bugs in there having a dinner party. You can also see large bubbles rising to the top. Surely it’s ready!

For the base I combined a strong chamomile tea, some frozen berries (strawberry, raspberry, blackberry), and instead of juice of two lemons I added juice of one lemon and a sliced clementine. Oh, and 1/2 cup of honey, 1/2 cups of sugar. 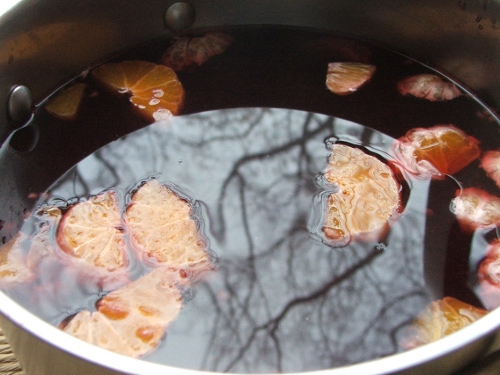 I added the bubbling ginger bug and it’s now sitting in two half gallon ball jars – nice and tightly sealedÂ covered (so far) with cheesecloth. 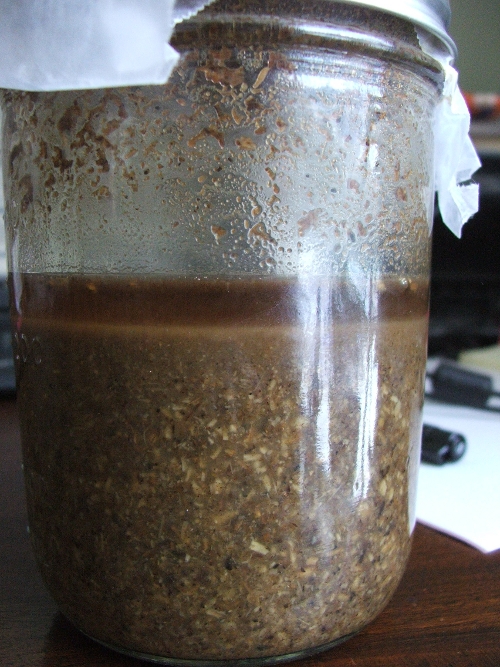 Echinacea Tincture still seeping and being shaken twice a day