The last month for which I calculated our Riot was August 2010 (month 22). In the meantime the Riot site has been taken down and bought by a link farm. That means the calculator is gone too. The Riot Yahoo-group has looked into restarting it, or at least putting the calculator up, but it hasn’t happened yet. While I was waiting I failed to record the numbers at the end of Year Two, so for the last two months of Year Two (September and October 2010) I have to hypothesize.Â Our first year’s averages were calculatedÂ here.

This is the outcome for Year Two: 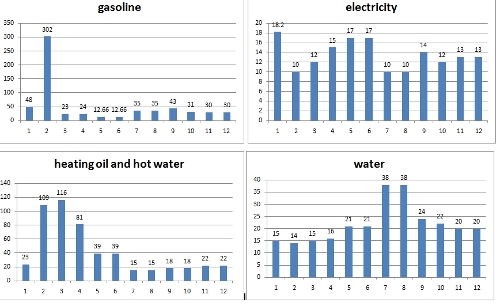 Compared with Year One (red): 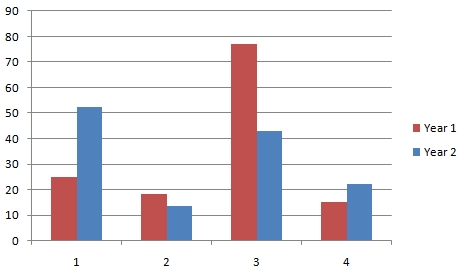 We used a lot more gasoline in Year Two mainly because of Amie’s and my trip to Europe, which brought that month’s percentage up to a whopping 302%! Not calculating that trip, we did better than Year One.

The biggie is heating oil. In Year One,Â when we had our super efficient, new oil burner, but no woodstove yet, we scored 77% of the US national average, which comes down to about 50 gallons per month. In Year Two, our average went down to 26.6 gallons, or 42%. So with the help of the stove we almost halved our reliance on heating oil! What Â a pleasant surprise this was. If we get to add a solar hot water system to our roof, our third year would see this number lowered even more.

In electricity we’re doing better by a little. This is one of the hardest category to tackle, I find. We’re mulling the installation of solar PV on our roof – a 5 KWH system that, with this usage, would produce all our electricity. Stay tuned!

As for water, Year Two saw the expansion of the garden plus a relatively much drier year than Year One (when blight struck because of the swampiness). Our rain barrels were frequently empty so we had to look to the tap.

What about trash? I now always calculate our trash production to be at 10 lbs per person per month, or 7% of the US national average. I just don’t weigh it anymore. That’s about the same as Year One.