As gardeners we often don’t get to work in aÂ field. Â It’s a different thing altogether to work in a field than in a garden. There is all that space, sky, sun. You walk from oneÂ end to the next (diagonally, so as to get the most out of it) and throughout the soil is soft and pliable underfoot. There is also aÂ lotÂ of work, so in this field one gets to grow not just food, but community as well. Â And of course, none of us being farmers, we also grow an attitude of adventure, a tolerance for making mistakes, a thirst for experimentation.

A lot has happened with the Transition Wayland community garden plots. We began with two weedy plots, pulled all those weeds, rototilled it, then sowed heaps of dry beans. The beans came up beautifully, and we watered and weeded, and then they were eaten, probably by the bunnies. The weeds then took over and we pulled and mowed them, then sowed buckwheat as a smother crop and soil conditioner. While that took in about 50% of the area, (the rest became weeds), growing to shoulder height in some places, we decided to not grow grains there but to turn it into a permaculture (perennial) garden.

This was the state of the garden on Monday: 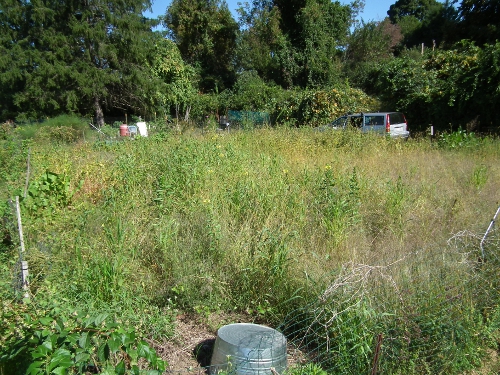 Friends brought a weed whacker (we couldn’t locate a scythe) and a rototiller and two hours later it looked like this: 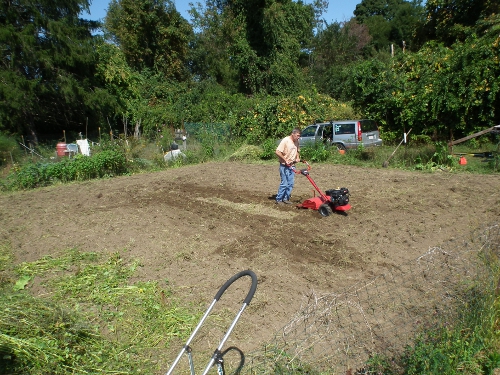 Today – in the surprisingly hot sun – we evened it all out, raked out some more of the straw, then sowed winter rye. Everyone got to throw up those smooth seeds in great arcs of fecundity! 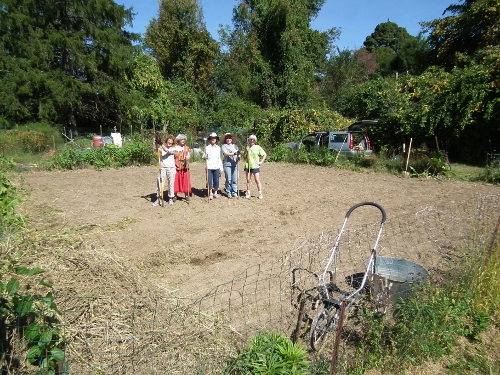 Here’s a close-up of the intrepid farmers: 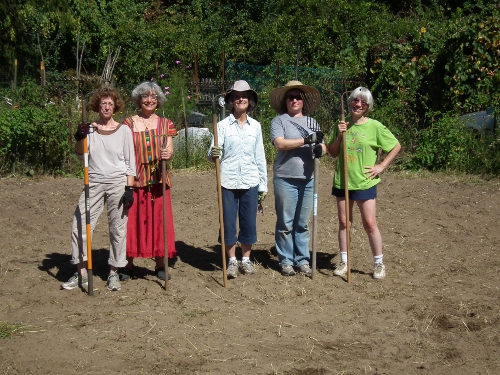 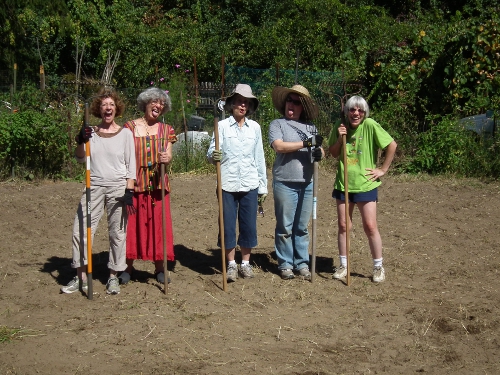