Yesterday was a good work day. Not oppressively hot and humid like earlier in the week, but just right for some demolition work.

As we used our earth oven, it became more and more clear that the earth we used was not clayish enough. As a result, chunks of earth and earth dust kept falling off, into the food. We applied a thin layer of waterglass, like Kiko suggests, but it almost instantly peeled off, bringing more chunks down with it. I don’t think we did it correctly, so we may try it again on the new oven.

Anyway, tearing down an earth oven is as much family fun as is building one. Amie was all for it and brought two hammers to bear on the project: 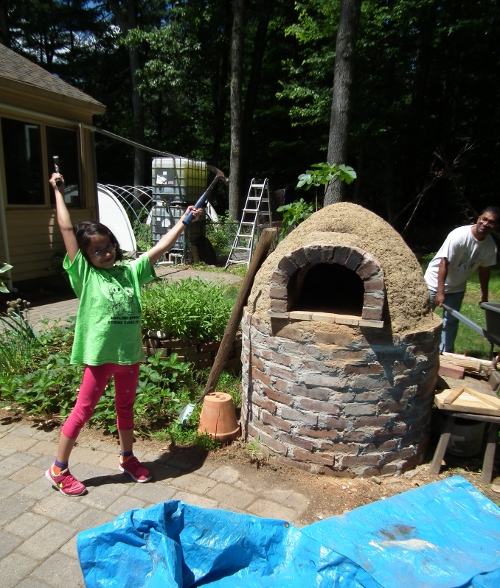 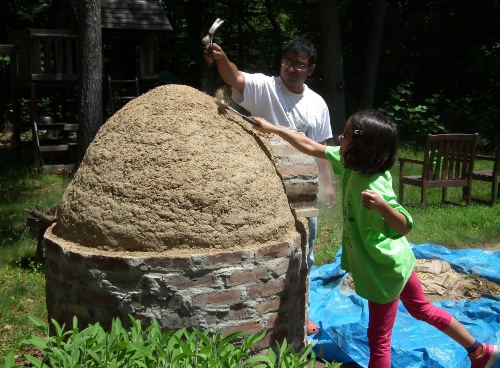 First we caved in the top. It was pretty easy and dusty: 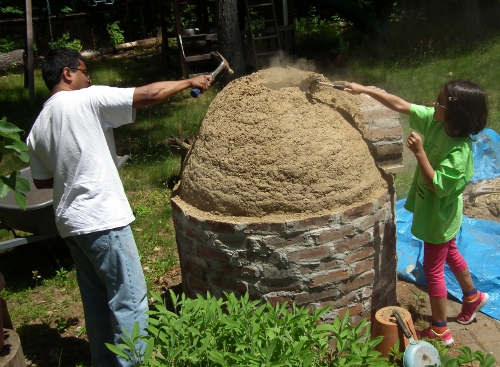 Then it became clear we could start taking off the outer, insulating layer first. This was great because we do plan to reuse this earth, and keeping the two very different materials separate will help. 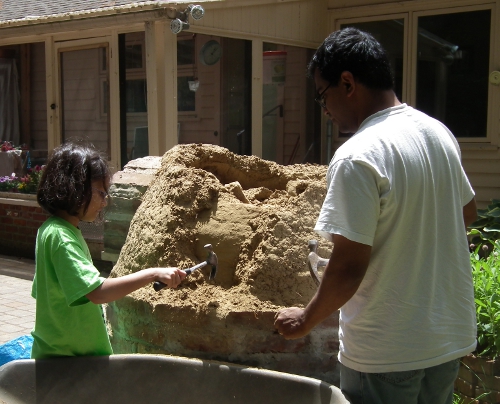 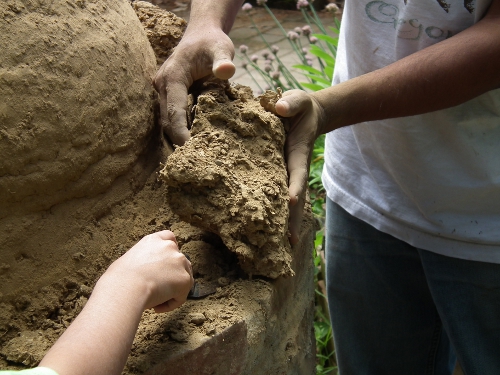 It came off in big chunks, demonstrating the adhesion and strength of this material. 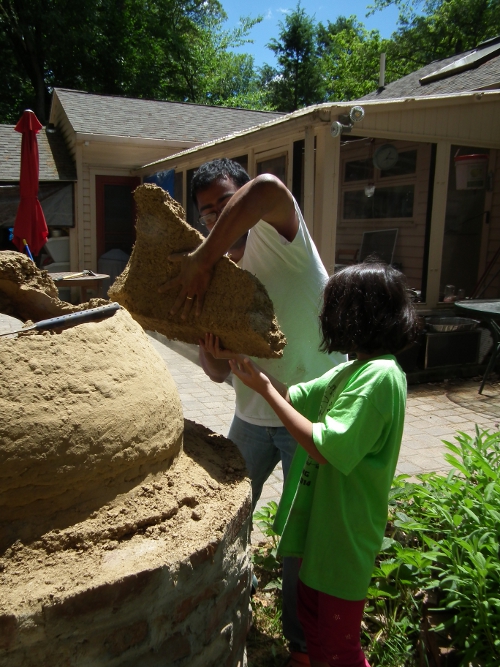 Then it was time to take down the inner, thermal mass layer, the one that gave us trouble: 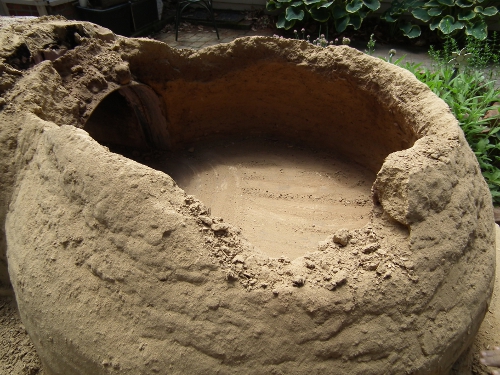 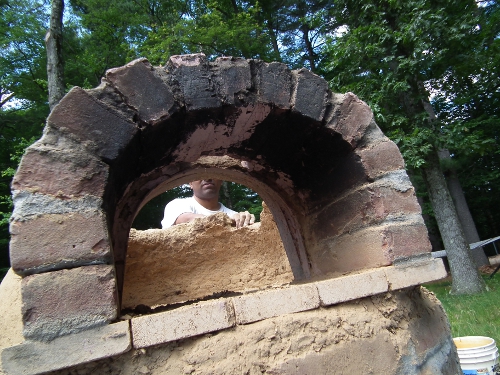 I am reading Anita Diamond’s novel The Red Tent and this reminded me of ancient ruins in a desert oasis: 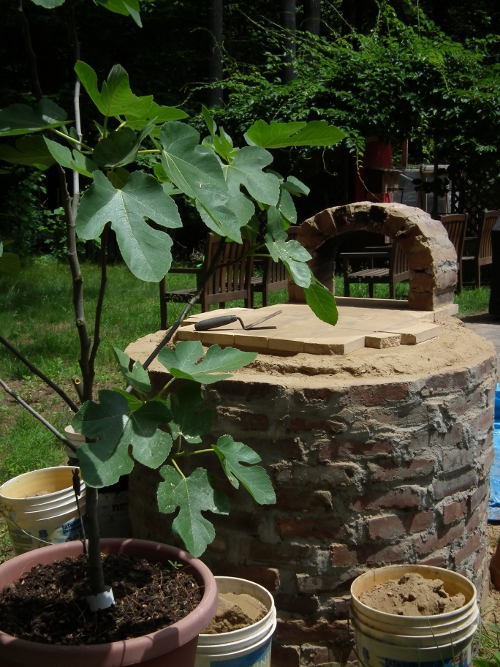 How long does it take to build an earth oven? Two days. How long does it take to demolish it? An hour. It was a good thing, though, to take down something that didn’t work quite right. We’ll redesign it, build it better. For instance, we have plans for adding a rocket stove to it to keep heating it as we bake and cook. A coal and ash chute would be nice too…

So, once dusted off, we set to testing the materials we saved in combination with the potter’s clay we bought. We did the snake test and made test bricks (still drying). I think we hit upon a good compound. So, stay tuned!