Today Amie and I had planned to go on the first leg of the Energy Exodus march, but a nasty and (f0r me) unusual allergy attack had me up till 4 am, when I caved and finally took that Benadryl. I never take those because they knock me out completely. I woke up late, still drowsy, and told Amie we wouldn’t be going. She was disappointed. She really wanted to march and say her piece. We had made a great sign for her to hold: 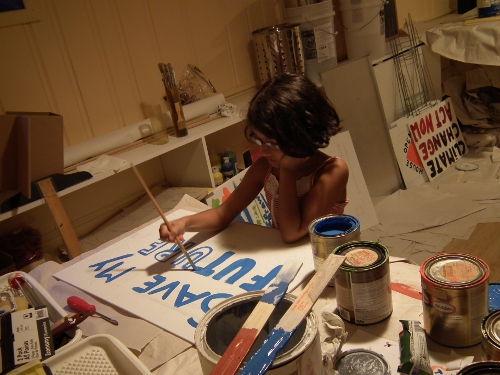 The Exodus is a five-day walk, though, so we’ll try to hop on in the middle, or meet them at the end.

In between sniffles, relishing the cleansing sweat in the hot sun, I watered the thirsty garden (by hand; the irrigating tote has been empty for a while now). I also put the two poor pullets back into their little coop. The poor things were exhausted from hiding in dear and being pecked on, and then when one broke an egg they were so hungry – the hens hadn’t allowed them to eat much – they went for it. Not a good thing! Maybe I set them back to square one by pulling them out, but perhaps they just need to put on a little more weight. We’ll see.

Back inside Amie and I turned to her old school backpack. It’s the one she used the year before last year, a hand-me-down that is still in very good shape. Amie wanted “something new,” though, so we decided to decorate it. She made the designs and we applied our considerable sewing skills (ahem) to it. At first she wanted to keep the brand name visible, but when we talked about how it is now reallyÂ her backpack, she asked to cover it up. Voila,Â debranded! 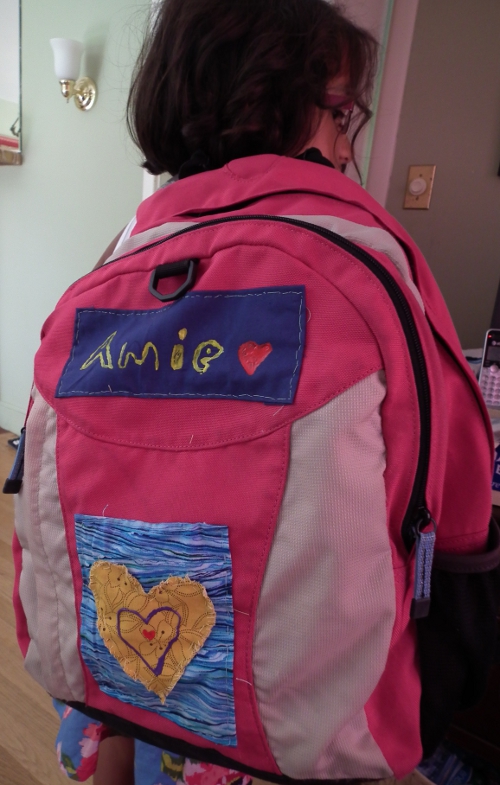 She is so proud of it. As she sewed, she kept chattering about how her friends will be SO AMAZED. They’d better be! 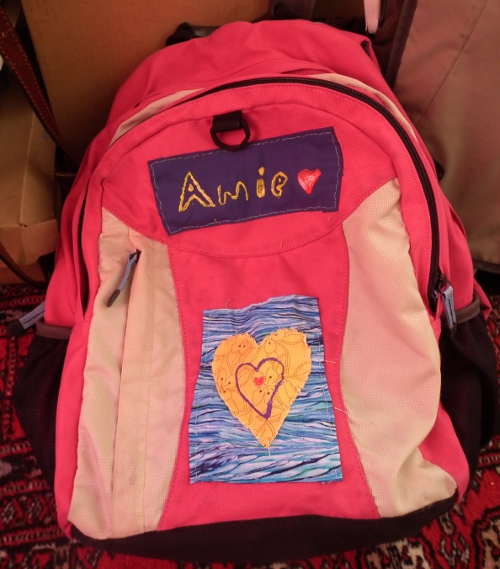