We demolished the Earth Oven because the inner earth layer was dropping too much dust and too many chunks into the food – we dubbed that “mushroom and mineral pizza”. There wasn’t enough clay in the mixture: too much sand. We saved and kept separate the two layers, bought 50 lbs moist potter’s clay and on a warm day, experimented with slip (clay and water), “clump” (slip and the earth mix from the inner dome we had saved), and builders sand. The clay/slip really made a difference. All our bricks held up better than the best brick the first time around. Choosing the optimal combination of clay (you don’t want too much of this as it shrinks), earth (which we didn’t have a lot of) and sand, we set to work.

Making the new mix for the inner layer was a tough job, since it involved getting the ingredients to mix really well, and one was very dry, one very wet, the other very gritty. My friends Andrea and R came over to help. A helped DH build the new sand dome, and R and I got our hands and feet dirty, mixing the clump.

Another day, DH and I built the first dome, the thermal mass: 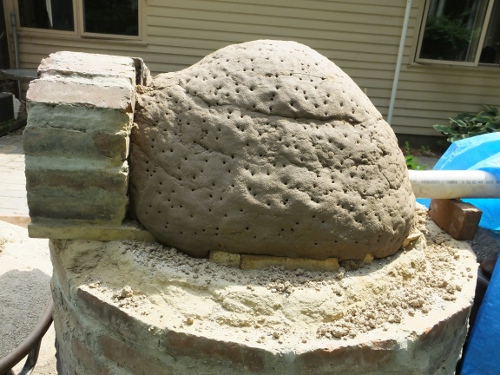 Because our sand was wet, it added too much moisture and the clay got lazy and fat and started sweating and bulging. We call this the “Jabba Effect,” to wit: 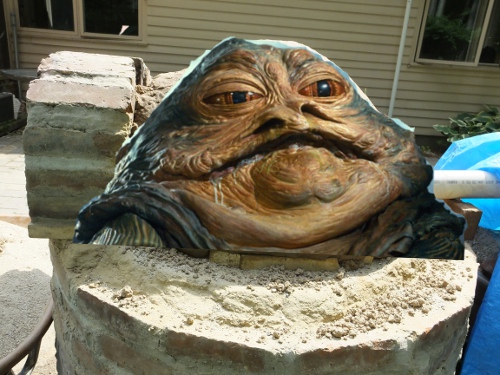 (I was playing with an image of Princess Leia as well, but it was just too painful. But here’s a picture of DH being eaten by Jabba: 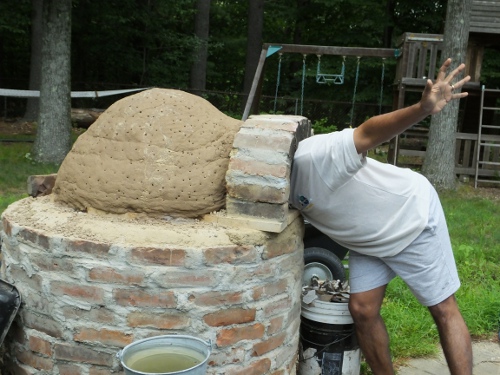 We weren’t too bummed about the Jabba Effect: it would settle eventually. Today we built the next, insulating layer and chimney. Amie and I had fun doing a mud dance. 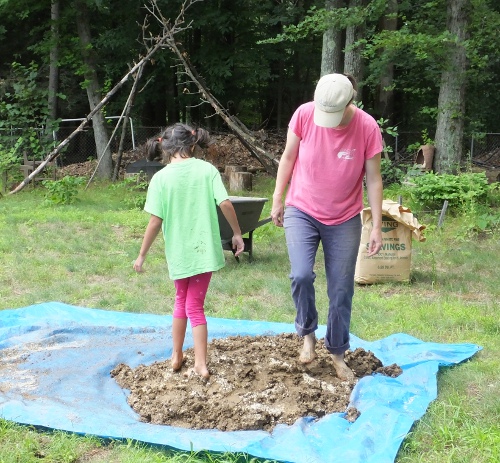 DH added some clay+sand mix to the chimney, as it will be right above the food (an experiment): 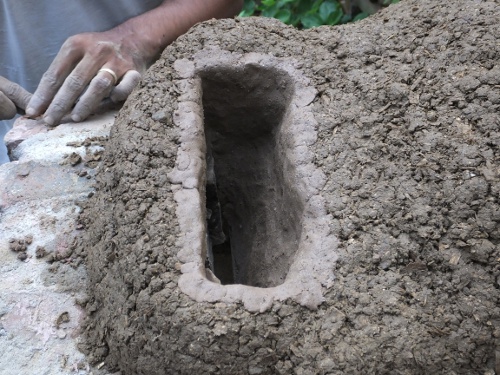 We also left a hole in the back, for where we plan to hook up the rocket stove. Now there’s a part of the project we still need to think about. 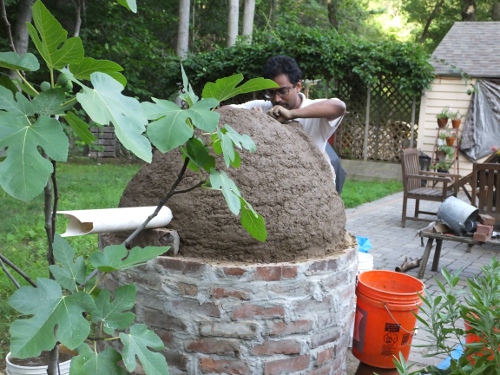 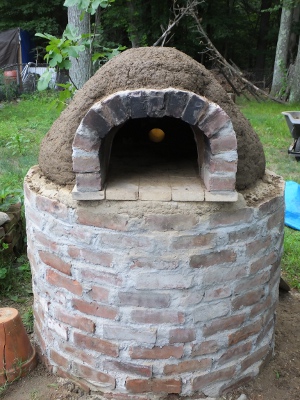 Looks like we’ll soon be back in business. After this has dried out a little, we’ll light our first fire.