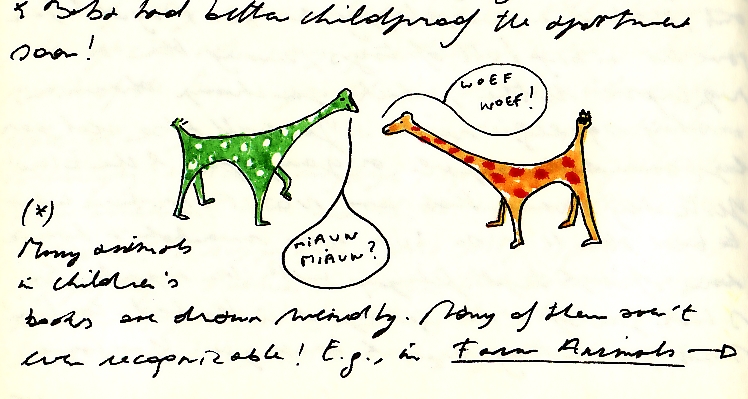 From the moment Amie was born, I started a daily baby journal. I have been keeping a journal sinceÂ I was 14: sometimes it’s a habit, sometimesÂ a refuge. So it made sense that I would make a separate journal for my daughter, addressed to her and relating the events of her young life before she could pen them (or even understand them) herself.

It soon proved impractical, though.

For one,Â I had to write it out slooooowly so that Amie would later have some chance of deciphering my handwriting – I usually write FAST and in a kind of shorthand of my own making. Then there was the lack of time – oh time where didst thou go?

But the biggest problem was the separation of Amie’s story from my own – her journal from my own. It was impossible. I tried writing down everything in my journal, warts and bad spelling and scribbling and all, then sifting out a cute story for her, which I penned out (semi-) legibly (judge for yourself), with a little picture of the day and even some illustrations of important objects in her life.

Here are some examples (click on thumbnails for larger view):

Well, who has time for that once the baby starts rolling over and getting into all kinds of mischief? Not me. I abandoned Amie’s Journal soon after her nine-month birthday. It looks extra bad because I was only 100 or so pages into a new moleskine!

I took up another project, however, when Amie was born, one that is still on-going. But about that, some other time…