The day after Anja commented on the dollhouse in the background of a recent picture, Amie took a sudden interest in it. It had been sitting on that ottoman for months…

The first thing she asked for was steps. The Manushes couldn’t get into the house! So I made steps, which the Manushes now use very carefully and meticulously, almost like a toddler unsure of her step(s)… 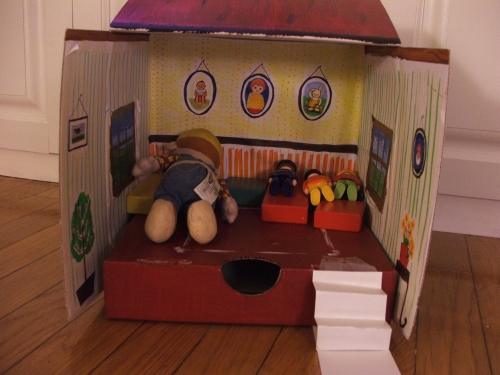 Here they are, with Bob the Builder, soundly asleep in their beds made of blocks.

Then Amie asked for another house. “I want one more house,” she said. I proposed that we build two more rooms – I knew of just the right box! I asked her which those rooms should be. Well, Amie reasoned, they already have a living room and a bedroom (both rolled into the above), so they need a kitchen! What the second room should be she couldn’t think, but she agreed when I proposed a bathroom. She also pointed out the kitchen should be on the groundfloor, the bathroom on the second floor. 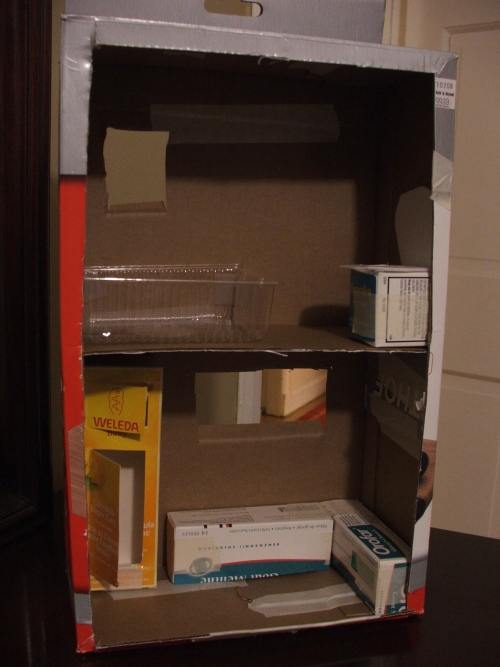 Phase I: structure and plumbing 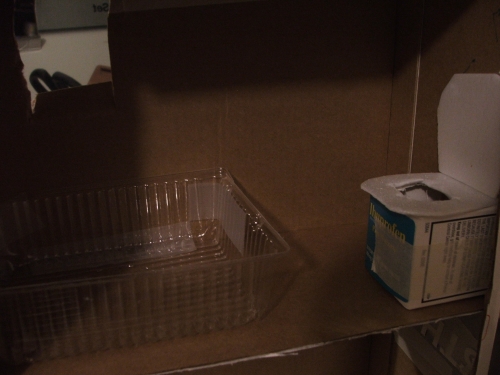 The bathroom: bathtub and toilet

The idea is to make the whole house purely from recycled materials, preferably from things that were on their way to the trash.

Just getting Phase I completed was nervewrecking, because Amie wanted to help and got very interested in my scissors (that’s why I didn’t take out my Exacto knife, you know) and the stapler. A good opportunity for a safety talk!

We’ll keep you updated as the works progress!