After a couple of days of rain and chill (yesterday morning I even lit a fire in the wood stove) the sun has returned. I got a lot done what with all that pent-up green energy! I cleaned the chicken coop. All the veg beds (‘cept the hoop house ones) are now planted, the potatoes have been hilled up, most weeds have been scratched out, and I went into two hives (one is drawing out a lot of Spring honey, the other is queenless, darn it!). I also harvested: one tiny potato, lots of lovage and heaps of tiny garlics, which I could have left to grow on, but they were in the way. Along with the last carrots from our farm share, which I had been hoarding in the fridge but were getting woody, I cooked up a soup: 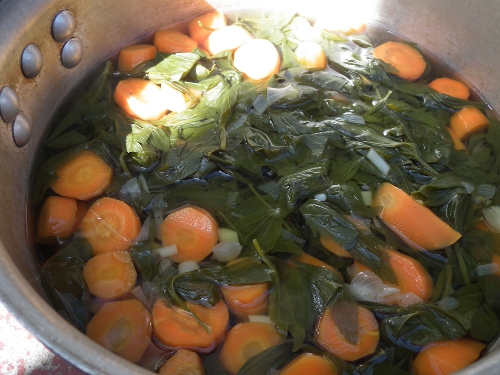 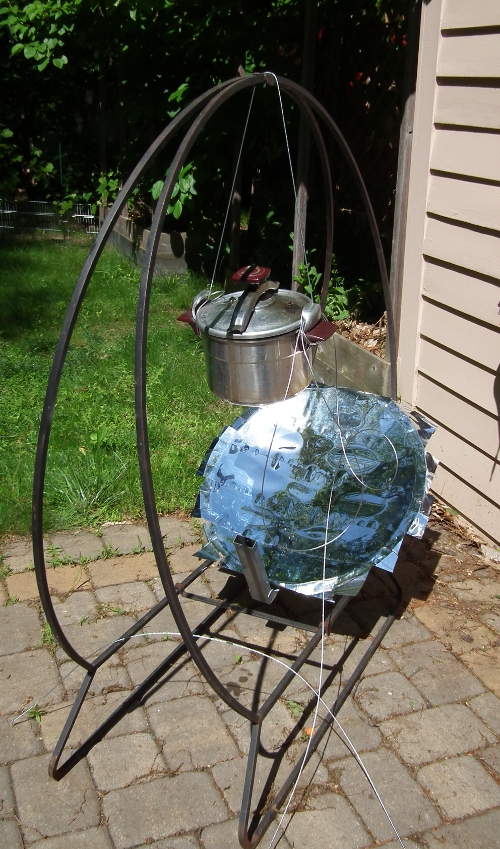 This is DH’s solar cooker, which we made in August last year. A friend donated a busted pressure cooker with a heavy, copper bottom. The soup bubbled away nicely for a couple of hours and it smells divine!