Today the doorbell rang and the box the mailmanÂ handed to me was heavier than I expected. It was: 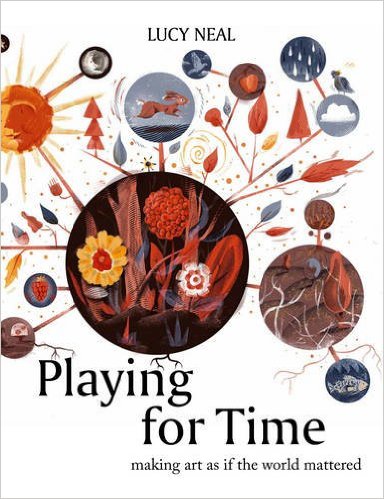 I hope it will get my creative juices flowing again, for this blog, among other places. I certainly am fully convinced that any art I make or text I write needs to be made and written “as if the world mattered.” It doesn’t need to matter to the world, as in, it doesn’t need to change the world. Â But it needs to be in the service of the world. As for the “as if,” I take that in the sense of: I make it so, I make it the story. I take that in the same vein as the subtitle of the blog: Be joyful though you have considered all the facts. It is not (only) about how things are (however that is) but about my strong intention of offering beauty and story.

I’d been struggling to reconcile two insights: One, Â that whatever I do I wouldÂ do not to change the world, but to change myself. And Two, that I would choose not what I want to do, but what the world needs doing. Those two seem to me very admirable plans, but it wasn’t until I added something to the first that they became compatible: Act not to change the world but to changeÂ yourself in the world. Ah, there’s the connection, the hand shake, the hug that gets the blood flowing!